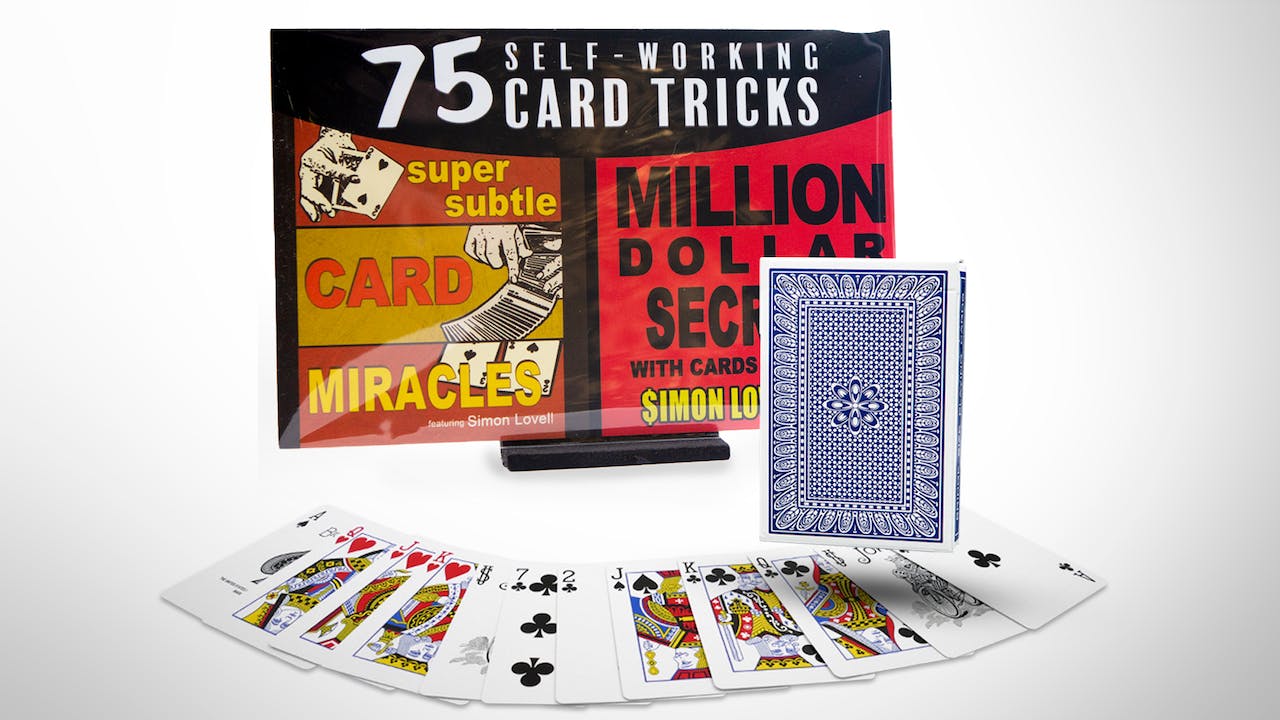 For Code Redemption Only

Two powerful volumes of card tricks as well as a fresh stripper deck to get you started.

The 1st volume, Super Subtle Card Miracles, includes 4 hours of lessons taught by magic expert Simon Lovell. He reveals the secret to over 40 card tricks that can be performed with ANY deck of cards.

Some card tricks you'll learn in volume one:

The 2nd volume, Million Dollar Card Secrets, also taught by Simon Lovell is packed with more than 30 card tricks and secret techniques. Starting with some very fundamental techniques that you can build into stunning routines.

A few of the card tricks you'll discover in volume two: