Skip to main content
Build your magic skills now with access to 1000s of magic tricks from Magic Makers, Inc. The world's largest collection of card tricks, mind-reading, and sleight of hand illusions is at your fingertips. Start streaming for just $12.97/month, $99.97/year, or try a 3-day free trial today. Enjoy!
✕ ✕ 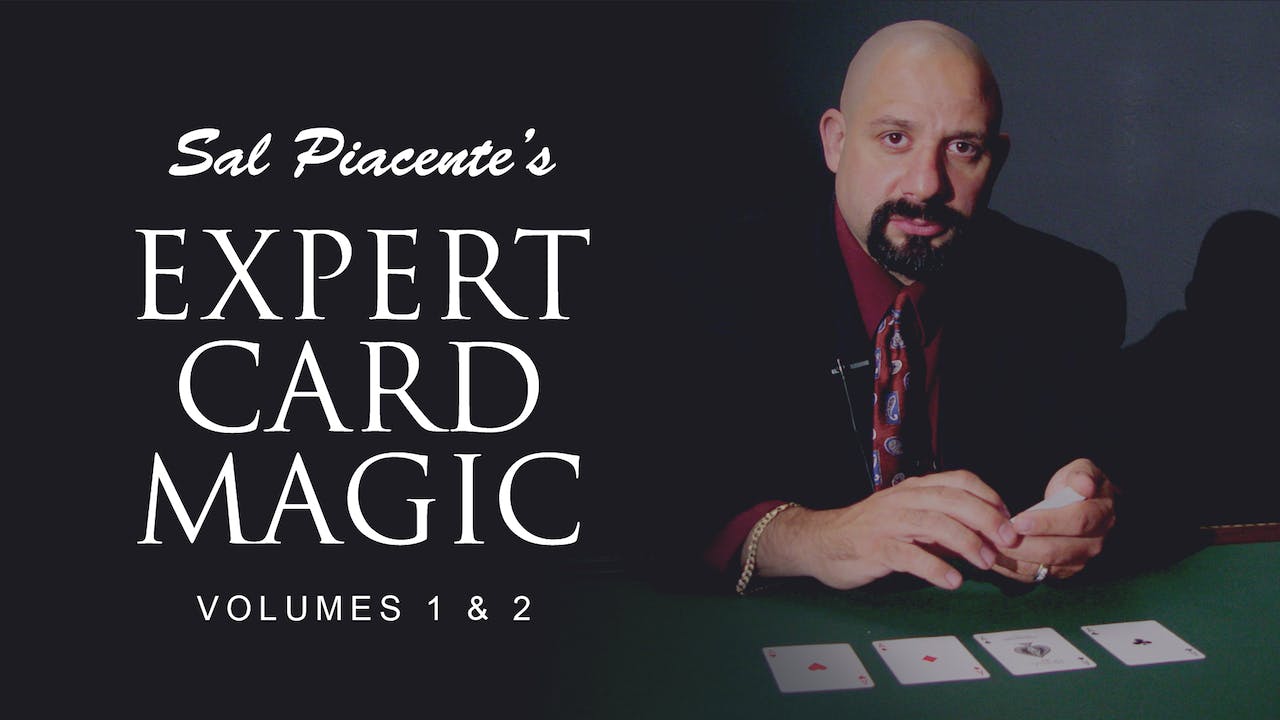 Anyone who is excited by learning card tricks should be familiar with Sal Piacente and his incredible expert card magic routines. In fact, Sal is so good at performing card magic that casinos hire him for his expertise in preventing and catching cheaters trying to bring down the house.

In this well-crafted training, Sal pulls back the curtain on some of his most powerful effects. Including the "4,5,6 Packet Tick" which is truly a show-stopping routine. In that card trick, Sal finds a spectator's chosen card in the deck that he or she has just merely thought of. Can you imagine the reaction when you make that one happen? MIND-BLOWING.

Sal's Memory Opener: Memorize the deck of cards instantly
The Marlo Opener: Correctly estimate the exact number of cards cut
Sal's Ace Cutting Routine: A shuffled deck is cut directly to each of the four aces
Sal's Ace Cutting Routine II: This time a shuffled deck is cut right to the aces without even looking
The Vernon Poker Deal Revisited: A spectator will draw the winning card for your poker hand
The McDougal Stack Outdone: Stack four aces into a deck and then deal out the aces
Paint Poker: Deal out the winning poker hand
Rollover Aces: Cut to the four aces, then produce all four Royal Flushes
Stop!!!: A selected card is shuffled into the deck. The deck is dealt until "stop" is called and selected card shows up
The Riffle Stack: Set up a deck with the use of a riffle shuffle
The Faro Stack: Faro shuffle the four aces into the deck and then deal back the aces with a surprise ending
4,5,6-Packet Trick: A show stopper that you have to see to believe.